Born in Pinerolo (To) in 1982, he graduated in Literature at the Università degli Studi di Torino.

In 2006 he founded the Olmo Produzioni Crew directing and producing different short films.

In 2007 he realized his first documentary How to disappear completely [on st. John’s day], a visual trip about the migration, co-directed with Alessandro Baltera.

In 2011 he realized  White Men, co-directed with Alessandro Baltera, presented at Festival dei Popoli di Firenze and in many other international festivals (Bafici, Ankara Film Festival) and won the jury prize at the Kazan Film Festival. He signed also the cinematography.

In 2015 he produced and signed the cinematography of A bitter story, special mention at the Torino Film Festival

In 2015 he directed On opposite fields presented in many International Film Festival, which won the prize as best film at the Corto e Fieno Film Festival. 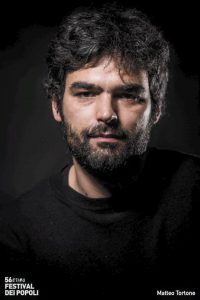